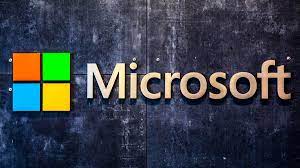 Microsoft is improving Bluetooth audio experience on Windows 10 by bringing support for Advanced Audio Codec (AAC). This will allow users to get better audio from Bluetooth headphones and speakers supporting AAC codec. The Redmond company is also bringing a unified audio endpoint to Windows 10 to offer a seamless interface when connected to multiple audio devices. Windows 10 is also getting a fix for the annoying rearranging of apps when using multiple monitors. The problem has affected a large number of users who often work in a multi-screen environment.

For quite some time, Windows has supported Sub-band Coding (SBC) and AptX formats over Bluetooth. This has restricted manufacturers to deliver a full-fledged audio experience through their headphones available for Windows 10 devices.

However, with online music streaming becoming a trend nowadays, Microsoft seems to have decided to start supporting AAC codec natively on Windows 10. The codec is specifically aimed to deliver high quality audio streaming in smaller files.

The move to embrace AAC by default would give companies including Apple to start paying some attention towards the Windows userbase while designing new software and hardware. In 2019, the Cupertino company, which is one of the early adopters and promoters for AAC, replaced its iTunes with dedicated Podcast, Apple TV, and Apple Music apps for macOS. It, however, didn't introduce that change for Windows users who still have the iTunes app as a prime solution to stream audio from Apple services.

In addition to AAC support, Microsoft is bringing the unified audio endpoint to Windows 10 to improve the way you select Bluetooth inputs on your PC.

“No more clicking through multiple audio endpoints to make your Bluetooth headset's voice and mic work properly,” the company wrote in a blog post. “We now only expose one audio endpoint in the UI and will switch to the correct one automatically for you for a seamless experience.”

The change will essentially enable the system to switch from one audio source to another. It will, for instance, help you control the volume of your headphones without switching profiles manually when you get a Teams call while listening to music through Spotify or any other audio apps.

Support for AAC and the unified audio endpoint are initially provided for testing to Windows Insiders through the Windows 10 Insider Preview Build 21370. But nonetheless, it is expected to be available to all Windows 10 users through a major update later this year.

Microsoft is also fixing the problem for Windows 10 users where apps unexpectedly rearrange on external monitors when you return your computer from sleep. This frustrating issue is described by the company as Rapid Hot Plug Detect (Rapid HPD), and it impacts most users almost every time when the system goes to sleep.

“This behavior impacts DisplayPort multi-monitor setups that results in unwanted desktop rearrangements,” the company explains in a developer post.

Microsoft has tried to fix the problem by mitigating desktop rearrangements when Rapid HPD occurs. It is currently available to Windows Insiders who are running the build 21287 or above. However, the fix is also expected to be a part of the next big Windows 10 update later this year.